We have professional team to maintain the quality of Fin Tubes and other products throughout the Manufacturing and Supplying i.e from the process of selection of high quality raw material to processing it into finished product, marking, packaging, storage, and transportation. We are also the largest Supplier of Copper Insulation Tubes. 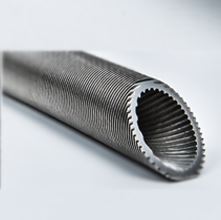 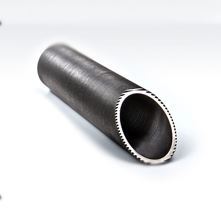 WhatsApp Us
Mail Us
Call Us

Our Fin Tubes are of the highest quality, which is why they are so popular with our big customer base. Fin Tubes are used in a variety of applications all over the world. We have regular Fin Tubes demand from clients in five different nations, and we export Fin Tubes to another 45+ countries.

Due to its dependability and performance, Shrikant Steel Centre is one of India's top Suppliers, Dealers, Producers, and Stockists of Fin Tubes. From Indian ports, We Supply/Export containers of Fin Tubes to a variety of clients every month. We offer our products in several Indian cities.

Yearly more than 150 tons of Fin Tubes are exported from India, out of which Shrikant Steel Centre exports 35% of the Fin Tubes. We have frequent shipments to a variety of nations for our freshly gained clients. We can convey and satisfy our clients' demands and requests thanks to our ready supply of Fin Tubes.